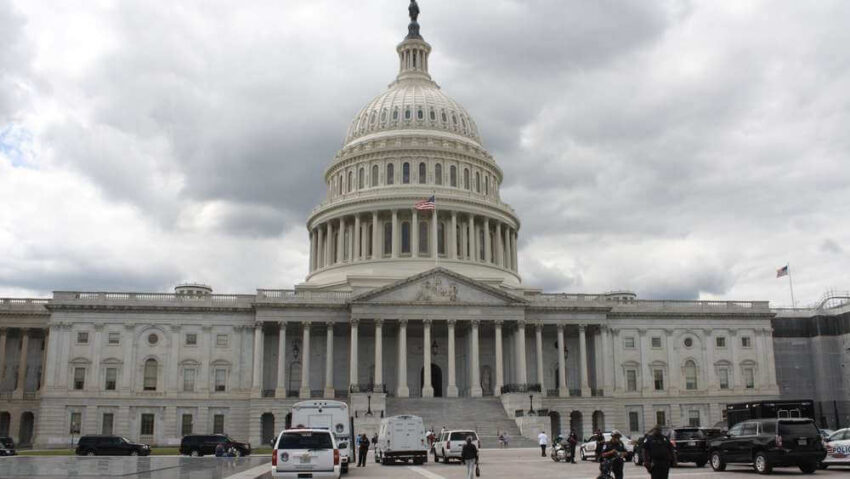 The Capitol in Washington: seat of parliament and popular sight

Millions of people visit the Washington Capitol each year. Political power in the USA is concentrated here in one historical location.

Washington DC – The Capitol was one of the first structures in the newly established capital of the United States. Its appearance with the characteristic dome still shapes the cityscape today. For Americans, the United States Capitol is synonymous with Washington DC politics and has a similar symbolic meaning to the White House.

Washington Capitol: Seat of the Senate and House of Representatives

The special importance of the building lies in its political role. The Capitol houses the US Congress, the national parliament. The congress is divided into two independent chambers. The Senate and the House of Representatives are jointly responsible for legislation. Together they make up the legislature for the United States of America. Both chambers have their own plenary hall in the Capitol and are otherwise strictly separated. The US Senate sits in the north wing and the House of Representatives in the south wing.

The Capitol has become a symbol of politics in Washington DC simply because of its function as the seat of parliament. Traditionally, the swearing-in ceremonies and inauguration ceremonies for the US presidents also take place at the Capitol. The western front has been the venue for the celebrations since the 1980s. This side faces the National Mall, which is home to hundreds of thousands of spectators for the inauguration of the US President.

Location of the Capitol in what is now Washington DC

Other important institutions adjoin the east side of the Capitol. This is where the Supreme Court, the official seat of the US Supreme Court, is located. The Library of Congress located there is one of the largest libraries in the world.

In 1793, George Washington laid the foundation stone for the Capitol. The construction work up to the first completion lasted until 1826. When Congress moved to the then relatively new capital Washington in 1800, the Capitol was still a building site. It could have been finalized, but the British-American War caused severe devastation. In 1814, British troops set the building on fire. Almost nothing was left of the Capitol. There were major changes to the architecture during the complete rebuilding. It was then that the main appearance of the building emerged, as it can be admired today as an example of neoclassical architecture.

Important architectural steps were later extensions of the original structure. New side wings were built in the 19th century and an extension on the east side followed in the early 20th century. In the vicinity of the Capitol, new buildings were built that were necessary for the tasks of Parliament. A new visitor center (United States Capitol Visitor Center) was completed in 2008.

The meaning of the Capitol goes far beyond an architectural landmark of the capital. The building houses a collection of historical testimonies and works of art related to the history of the United States. The interior architecture and artistic design of the rooms, for example in the characteristic dome, are popular sights with tourists. The Capitol has around 3 million visitors a year.

Violent attacks on the Washington Capitol

Although the seat of Parliament is a place with strong security, there have been multiple attacks in and around the building. 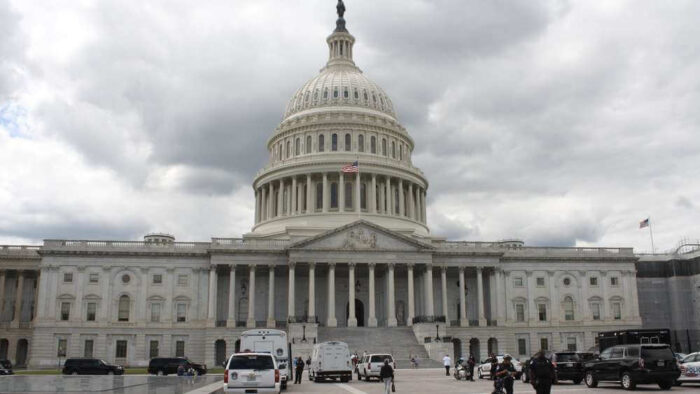