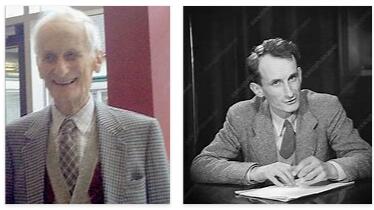 Isaac Newton (1643-1727)
physicist, mathematician, astronomer, alchemist, philosopher. Newton was born in 1643 in Woolsthorpeby-Colsterworth, the son of a farmer, and studied at Cambridge. Newton wrote one of the most important mathematical writings, the “Philosophiae Naturalis Principia Mathematica”, in which he presented the law of gravitation and the laws of motion. His research is still part of the basic knowledge in schools around the world. Newton died in Kensington in 1727.

Florence Nightingale (1820-1910)
founder of the Red Cross. Florence Nightingale was born in Florence in 1820 into a well-off family. The nursing and care of the sick was a matter close to her heart from an early age, so that she laid the foundation of a modern medical system. She was a well-known nurse in Turkey at the time of the Crimean War. The foundation of the Red Cross organization, which is active worldwide today, is largely due to the work of the “Lady with the Lamp” or “Sister of the Sick”. Nightingale died in London in 1910.

Donald H. Perkins (born 1925)
experimental physicist. Donald H. Perkins was born in 1925 and studied physics in both London and Bristol. In his field, experimental particle physics, he excelled with cave radiation experiments. He used pions to fight cancer. The famous Gargamelle experiment goes back to him, among others, who discovered the weak neutral current. Perkins has taught as a professor at Oxford for a long time.

John Pringle (1707-1782)
physician, scholar. Sir John Pringle was born to noblemen in Stichill in 1707 and studied at both St Andrews University and the College of Leiden. As a military doctor, sepsis and asepsis became the core of his research, so that he made history as a pioneer of modern military pharmacy. These topics also preoccupied him as a professor of moral philosophy. Pringle, who was elected President of the Royal Society in 1772, died ten years later in London.

Osborne Reynolds (1842-1912)
physicist. Osborne Reynolds was born in Belfast in 1842 and studied mathematics at Cambridge. He later emigrated to Great Britain, where he would make his greatest discovery. The Reynolds number named after him. This is a key figure to determine so-called frictional flow processes. The physicist also conducted research in the area of ​​turbulence. Reynolds, who was a member of the famous Royal Society from 1877, died in Somerset in 1912.

James Young Simpson (1811-1870)
physician. James Young Simpson was born in Bathgate in 1811 and taught as a professor of obstetrics in Edinburgh. Simpson was the man who discovered chloroform and introduced it for anesthetic purposes in 1847. From Queen Victoria, whom he anesthetized with chloroform when giving birth to her ninth child, he was raised to the status of a baron. A monument in the form of a bronze statue in Princes Street Gardens in Edinburgh was dedicated to him. Simpson died there in 1870.

William Smellie (1740-1795)
encyclopedist and naturalist. William Smellie was born near Edinburgh in 1740 and quenched his adolescent thirst for knowledge by attending university lectures without matriculating. The trained printer later became the first editor of the Encyclopædia Britannica (1768-1771), which is still renowned today. One of his own works was his highly acclaimed “Philosophy of Natural History” from 1799. Smellie died in Edinburgh in 1795. He is said to have had gross motor skills.

William Thomson alias Lord Kelvin (1824-1907)
The physicist, who was born in Belfast and later emigrated to England, conducted research in a wide variety of fields of physics and received over 70 patents during his life. In 1866 the physics professor at Glasgow University was knighted for his many services. With the magnificent title of 1st Baron Kelvin of Largs, he rose to hereditary nobility. According to Thomson z. B. named the Kelvin scale for temperature. He died in Netherhall, Scotland, in 1907.

William Watson (1715-1787)
naturalist, botanist, physician, pharmacist. William Watson was born in London in 1715 and initially trained as a pharmacist. Later the member of the Royal Society dealt with botany and wrote important writings. The iris family (Watsonia MILL.) Was named after him. But he was also able to advance research in matters of electricity (electrostatics, static electricity). As a doctor, he used electric shocks to cure tetanus, for example. Watson died in his hometown in 1787.

Robert Alexander Watson-Watt (1892-1973)
physicist. Sir Robert Alexander Watson-Watt was born in Aberdeenshire in 1892 and studied at what is now the University of Dundee. He went down in history as a leader in radar technology research during World War II and was a pioneer in aircraft tracking. At that time he was operating in the USA. Its discovery made it possible to target the Japanese attack on Pearl Harbor ahead of time. Watson-Watt died in Iverness in 1973.

Shaun Wylie (1913-2009)
mathematician and cryptologist. Shaun Wylie was born in Oxford in 1913, where he later studied alongside Princeton University. He taught at various educational institutions throughout his life and influenced many people. From 1958 Wylie was the chief mathematician of the English cryptography authority until he passed away in 2009.