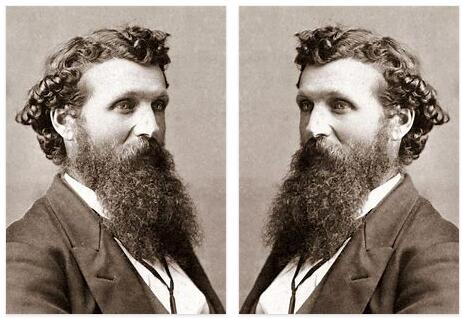 John Kerr (1824-1907)
physicist. John Kerr was born in Ardrossan in 1824 and studied in Glasgow, where he later taught mathematics. In his research into magnetic fields and electromagnetic voltages, he discovered the so-called electro-optical Kerr effect in 1875, from which the Kerr cell emerged to convert voltage fluctuations. Two years later, the magneto-optical Kerr effect was added. The physicist died in Glasgow in 1907.

John Leslie (1766-1832)
mathematician and physicist. Sir John Leslie was born in Largo in 1766. The scientist, who worked as a professor of mathematics and later of natural philosophy, dealt intensively with heat transfer and heat flow. He was the first to scientifically explain the phenomenon of the lake layers on the basis of studies of density, warmth, etc. This was followed by the accolade. Leslie died near Largos in 1832.

James Lind (1716-1794)
physician. James Lind was born in Edinburgh in 1716 and completed his apprenticeship with a respected surgeon. He later discovered how citrus fruits can prevent scurvy as a doctor for the British Royal Navy. He is also considered one of the pioneers in the field of medical hygiene. After the Navy, Lind practiced in Edinburgh. The member of the Edinburgh Royal College of Doctors died in Gosport in 1794.

James Bowman Lindsay (1799-1862)
physicist, inventor. James Bowman Lindsay was born in Angus in 1799 with a thirst for knowledge that enabled him to carry out complex scientific work without having to register for a course of study. This made him a lecturer in the fields of mathematics and electricity. He is also considered to be the inventor of the incandescent lamp forerunner (not yet suitable for everyday use) in 1835. The invention of underwater telegraphy is also on his research account. Lindsay died in Dundee in 1862.

Joseph Lister, 1st Baron Lister (1827-1912)
surgeon. Joseph Lister was born in Upton in 1827 and went down in history as the father of antiseptic surgery. First he studied art in London, then medicine. His name is now mentioned at the same time as Robert Koch and Louis Pasteur, who in turn are recorded in the annals as the fathers of bacteriology. The highly honored researcher has worked as a Regius Professor in the field of surgery in London, Edinburgh and Glasgow. Lister died in Walmer in 1912.

John Edensor Littlewood (1885-1977)
mathematician. John Edensor Littlewood was born in Rochester in 1885, went to school in London and later studied in Cambridge. There he worked for large parts of his life as a mathematics professor and dealt mainly with analysis, but also with inequalities and differential equations. Littlewood died in Cambridge in 1977. He was a Fellow of the Royal Society and received numerous honors throughout his life, including the important De Morgan Medal from the London Mathematical Society.

Patrick Manson (1844-1922)
medical doctor. Patrick Manson was born in Aberdeenshire in 1844 and studied medicine in Aberdeen. Working as a doctor in Asia, he was able to prove that the malaria disease is transmitted by mosquitoes. This made him the father of tropical medicine. He also experimented and researched in the field of sleeping sickness. Manson, who founded a medical school in Hong Kong that later became the university of the Asian city, died in London in 1922.

James Clerk Maxwell (1831-1879)
physicist. Maxwell, whose real name was James Clerk, was born in Edinburgh in 1831, where he initially studied. He later moved to Cambridge University. In 1861 he published the world’s first color photography. He also founded Maxwell’s equations, which are still the basis for electricity and magnetism. He died in Cambridge in 1879.

Henry Moseley (1887-1915)
physicist. Henry Gwyn Jeffreys Moseley was born in Weymouth in 1887 and studied at Oxford. Using what is known as X-ray spectroscopy, he was able to establish a relationship between the atomic number and the wavelength. This became Moseley’s law in 1913. He also dealt with radioactivity and the atomic theory, which only then became socially acceptable. Modeley died in Turkey in 1915 in a battle during the First World War.

John Muir (1838-1914)
naturalist, geologist, polymath. John Muir was born in Dunbar in 1838 and emigrated to the United States with his family eleven years later. There he became one of the most famous men in America, an environmentalist and influential scientist. He was called the “father of our national parks” and made it clear to then President Roosevelt how important nature conservation was. Wilderness reserves, glaciers, schools and universities were named after Muir. He died in Los Angeles in 1914.

John Napier, Laird of Merchiston Napier (1550-1617)
mathematician. John Napier was born to nobles near Edinburgh in 1550 and studied at St Andrews University. The scholar is considered to be the inventor of the calculator, which made it easy to multiply numbers for the first time. The namesake of a university in Edinburgh also discovered the logarithms. Napier died in 1617 at his birthplace at Merchiston Castle.