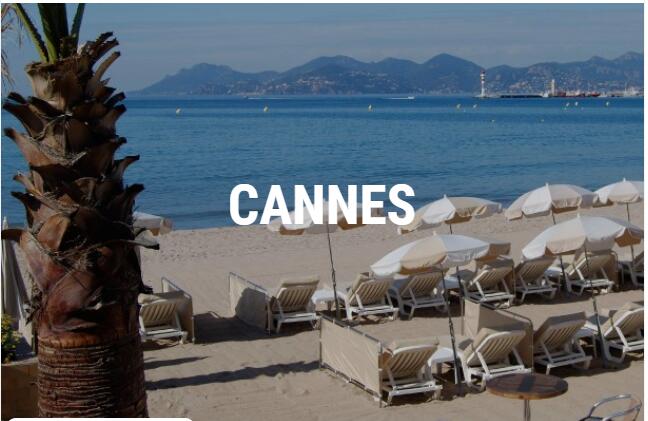 In Cannes you can combine a holiday on the beach and in the city. Cannes in the south of France is a sunny holiday destination that can be enjoyed on a small or large budget. Cannes offers tourists a luxurious atmosphere, fine sandy beaches and countless shopping opportunities. The city is easy to make excursions to other destinations on the French Riviera.

Cannes is a popular holiday town on the French Riviera. Over the years, the modest fishing village has developed into a luxury destination where the rich and famous thrive. Despite the luxurious and expensive image, you can also vacation in the city on a normal travel budget.

Cannes is known for its film festivals, which are usually held annually in the spring. The film festival venue is located on the seafront promenade of La Croisette, one of the city’s most famous places to visit. The city is also worth exploring the old port area and Le Suquet, Cannes’s old town.

Plage de la Croisette and Plage du Mid are the two sandy beaches of Cannes, separated by a port area. On the fine sandy beaches you can relax and soak up the sun or enjoy water activities. In addition to the beach life, you can explore the beautiful city, shop and enjoy good food in Cannes. 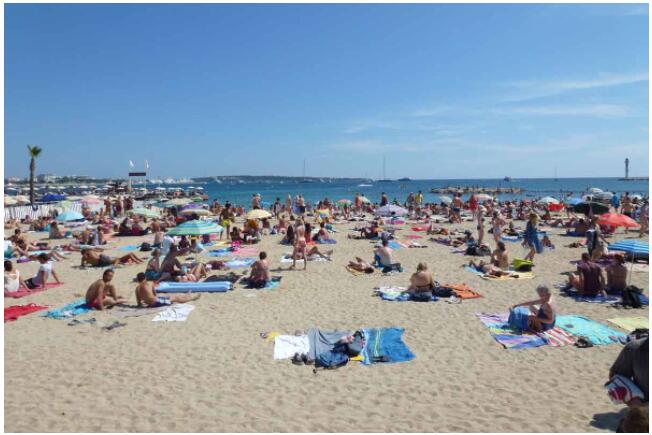 The fine sandy beaches of Cannes invite you to relax.

Pleasant weather all year round

In addition to a beach holiday, you can also spend a city holiday in Cannes, so you can basically travel to the city all year round. However, Cannes is most popular during the summer months.

There are many shopping opportunities in the city. Shops on French and international luxury brands can be found on La Croisette seafront. In addition to this, Cannes also has cheaper international chain stores and local shops. The city has markets and markets where you can buy local delicacies and fresh food.

A lustful shopper should head to Cannes in the spring, when the city celebrates the Cannes Shopping Festival. For example, fashion shows are organized during the festival and there are discounts in the shops participating in the event.

Cannes has many quality restaurants where you can sample French or international cuisine. Restaurants can be found, for example, on the seafront and in the Le Suquet district. Those looking for local French delicacies should head to the brasserie restaurants.

Cannes has a lively nightlife, with bars and nightclubs open until the wee hours of the morning. In the city’s three lavishly decorated casinos, you can try your luck at the gaming tables.

Day trips to the Riviera

From Cannes you can make day trips to other cities on the French Riviera such as Nice or Antibes. By bus, the trip costs only a few euros. You can also explore the Riviera on a cruise.

One of the most popular places to visit in Cannes is the edustle Sainte-Marguerite and Saintle Saint-Honorat, which belong to the Îles de Lérins archipelago. The boat trip to the islands only takes about 15 minutes. Island attractions include old monasteries and fortresses.

The bus also takes you from Cannes to the small Principality of Monaco, known for its Formula 1 race, for example. In Monaco, you should visit at least the famous Monte Carlo Casino and the Prince’s Palace.

FLIGHTS, ACCOMMODATION AND MOVEMENT IN CANNES 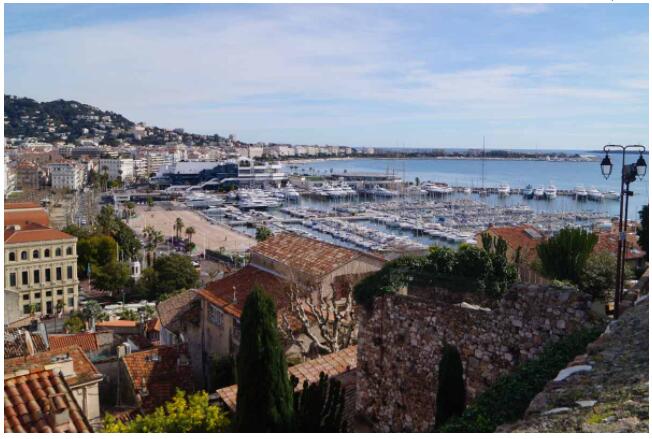 Cannes can easily combine a beach and a city break.

Getting there by flying through Nice

The easiest way to get to Cannes from Finland is to fly to Nice, whose airport is located about 30 kilometers from Cannes. Finnair and Norwegian have direct flights from Helsinki to Nice.

From Nice Airport you can reach Cannes by bus, car or taxi. Direct bus to Cannes leaves every half hour and the journey takes about an hour. Cannes can also be reached by bus, train or car from other French cities. Many visit Cannes as part of a car trip on the French Riviera.

Cannes is known for its luxury and there are quality five-star hotels in the city, especially near the beaches. However, the city offers hotel accommodation for every departure and for all budgets. For longer holidays, you can consider renting an apartment as an accommodation option.

The easiest way to get around Cannes is on foot, by bus or by taxi, depending on the destination. In the center, two areas are reserved for pedestrians only. There are dozens of bus lines in the city and separate night buses. City Palm is a bus service specifically for tourists visiting the city, from Cannes Train Station to City Hall along La Croisette. Buses are also an affordable way to get around the city for a couple of euros. 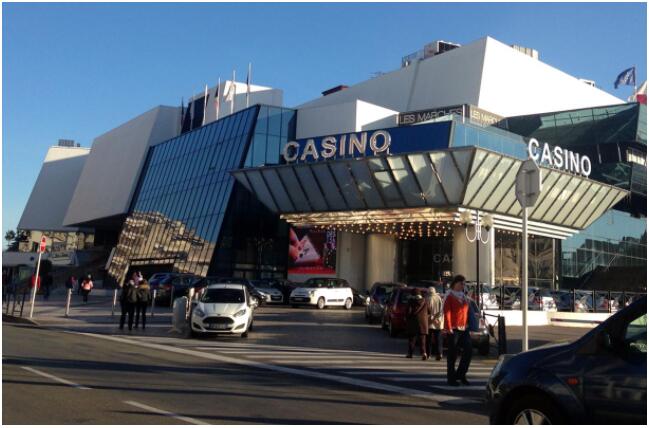 On holiday in Cannes, you can try your luck at the casino tables.

La Croisette is a palm-fringed promenade with a sandy beach of the same name. La Croisette is a must-see when visiting Cannes. There are five-star hotels and luxury boutiques along the approximately three-kilometer-long street. You can also see one of the finer cars parked on the side of the street. Attractions on the seafront include the casinos and the Palais des Festivals et des Congrès.

Located at the end of La Croisette, the Palais des Festivals et des Congrès is the main venue for the Cannes Film Festival. With a large red carpet spreading out in front of the building, you can immortalize yourself in the pictures like the famous Movie Stars. The interiors can be explored on a guided tour that showcases the venues and history of the film festival.

Le Suquet is one of Cannes’s oldest districts, one of the city’s most popular places to visit. The area has lovely old buildings and houses that were once inhabited by fishermen. There are many quality restaurants in the district. Marché Forville is a colorful market area where you can buy food and flowers, for example.

THE BEST OF CANNES 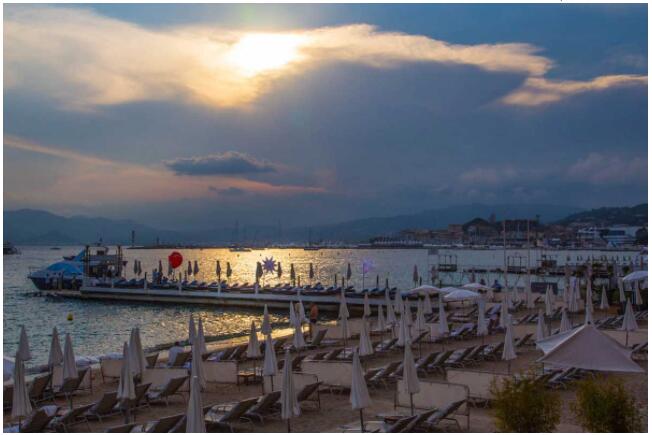 Cannes beach is bathed at sunset.

The most interesting day trip destinations